Jagannath Rath Yatra 2022 : Ratha Yatra, also known as the Chariot Festival, is a major festival of Hindus that is held every year at Puri, Odisha and Ahmedabad, Gujarat. The tradition of Jagannath Rath Yatra is very old with its description being found in old Purans and Samhitas. During the festival, procession of three chariots of Lord Jagannath, His brother Lord Balabhadra and sister Goddess Subhadra are carried out from the Jagannath temple to the Gundicha Temple making a stop at the Mausi Maa Temple. Chariots of Jagannath, Balabhadra and Subhadra are made and decorated in different styles same as the one followed for centuries and are carried by the priests. It is considered highly auspicious to pull the chariot and is therefore joined by large number of followers. In this article, important details related to Jagannath Rath Yatra 2022 has been provided. 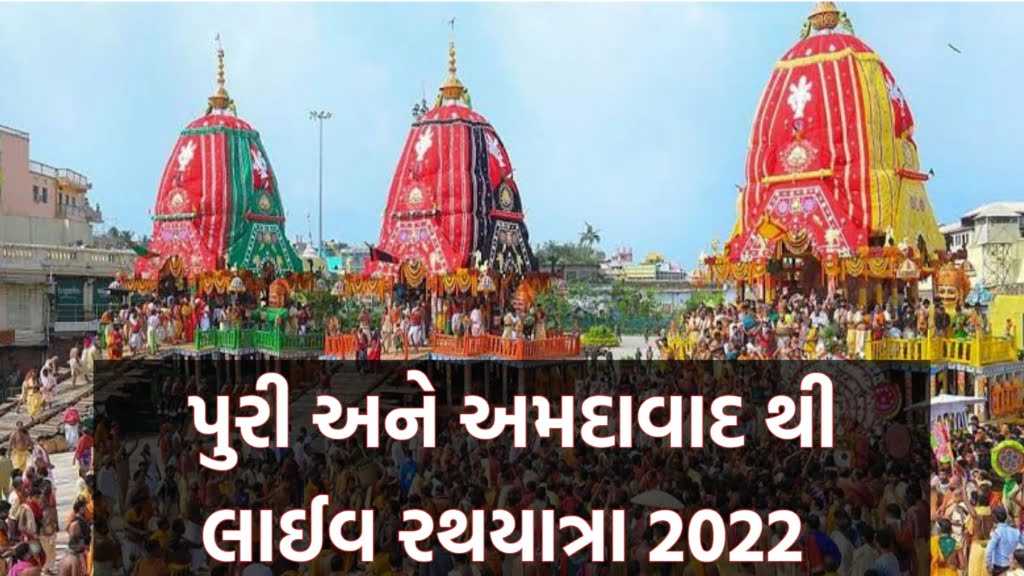 The Puri Rath Yatra festival is an annual celebration held in Puri, a state of Odisha. The Rath Yatra is associated with Lord Jagannath, the Lord of Universe.

It is believed that the festival started when the sister of Lord Jagannath (Subhadra) expressed her desire to visit Puri (Odisha’s State). In order to fulfil Subhadra’s wish, Lord Jagannath along with Lord Balabhadra and Subhadra left for Puri in a chariot. Since then the Jagannath festival is being observed every year as per the Hindu calendar.

Jagannath Rath Yatra observes devotees in large number who come from all over the world to be a part of this festival. A huge procession is carried out with drums clanging, devotional songs, dance performances going out all around. Let us know some more about the celebrations and festivities related to Jagannath Rath Yatra.

For someone seeking moral merit and ultimate release, the Rath Yatra holds enormous significance. Anyone who draws the rope connected to the deities’ chariots and assists others in doing so, or just touches the rope or chariots, is said to gain the merit of several penances. Lord Jagannath Rath Yatra’s accoutrements become one with the deity himself.